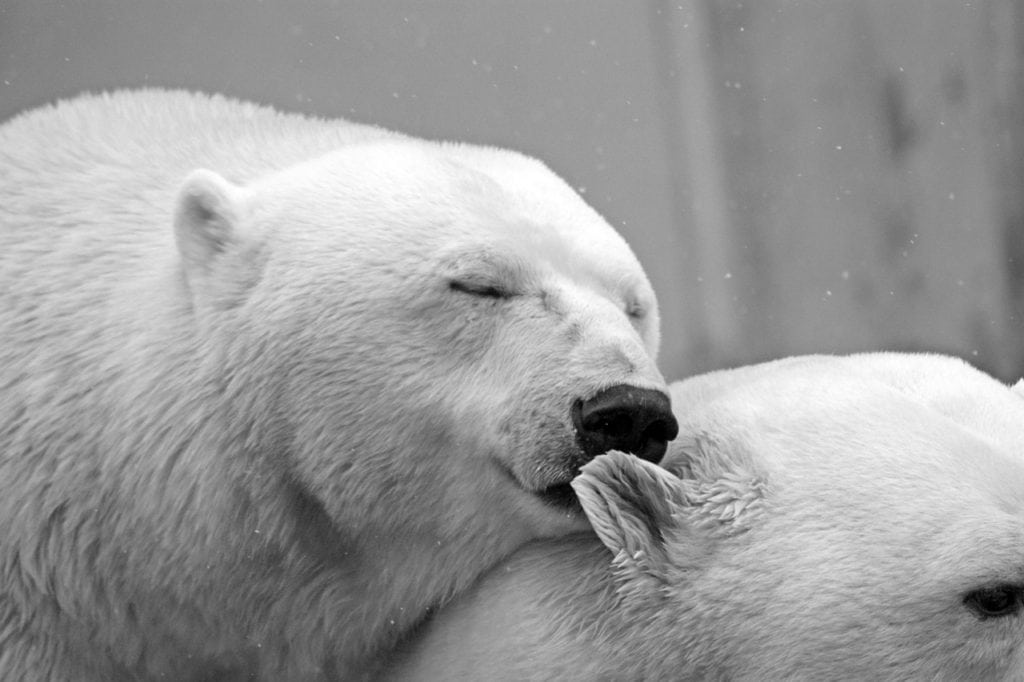 Many guys find it rather difficult to express their feelings deeper than the standard “I Love You”.
But you can cheat.
Try to ask him what he felt when he met you for the first time.

From time to time, also be interested in what he feels now when he sees you regularly. Such leading questions can be as many as you like.

The main thing is that it helps you to draw conclusions about his feelings.

A man shows his feelings by actions

Some men prefer to express their feelings through actions, not words.
Yes, he sometimes finds it difficult to squeeze out “I love you”.

But he will have it in mind when he takes care of you in a cafe, accompanies you during shopping, repairs a collapsed shelf, prepares your favorite dish or even just regularly takes out the trash – in general, does everything that changes your world for the better.

There is a widespread opinion that most of the representatives of the stronger sex are afraid of serious relationships. And yet statistics show that in 90% of cases, men are extremely responsible.

Yes, they can long evade and delay the moment of imposing obligations on their shoulders. But if this happens, then playing out the role of husband (partner, head of family, etc.), they are laid out to the fullest.
At least, at first. But why then this fuse often fades away – this is a slightly different topic.

He really listens to you.

When he tells you something, for you, most likely, it is quite normal from time to time to meet in his monologue or at least give in to him.

But when you change roles and he is silent, this does not mean that he does not listen to you and is hovering in the clouds. It is quite normal for the guys to silently absorb and digest information that reaches their ears.

It is important for him to do something together

For most men, the indicator of strengthening relations is joint activity with a partner.

Yes, expression of feelings is also necessary. But the truth is that together watching a movie, a trip to his parents or a pair of cooking dinner for him means more than just beautiful romantic words.

He needs time for himself

Despite the fact that common actions are very important, men also need a time free from relationships.
Regardless of what he likes, try to encourage him to do it more often.

You will be surprised how much happier it will look.
In addition, when both partners have a place and time for the development of individuality, they can give each other much more.

Men learn from their fathers

If you want to find out how a guy will behave in a relationship, meet his parents.
How the father will treat his wife, so in most cases his son will also behave.
So you can predict what kind of relationship is waiting for you.

Women tend to remember negative experiences and emotions for a long time, exhausting themselves with stresses on nerves, anxiety and sadness.
Men are emotionally restored much faster after unpleasant events in the relationship and almost immediately ready to move on.

So if, you all day pouting for him in the hope of apologies for some yesterday’s words, but in return you do not get anything, it does not mean at all that he stubbornly does not want to admit that he was wrong.
Most likely, he simply does not know about your resentment, because he did not attach importance to the words or actions, or simply forgot about them for a long time.

It’s hard for him to catch your hints

Male beings are straightforward. Such subtle signals as changing the tonality of a voice or facial expressions, many guys remain unnoticed.
So if you do not want to take offense at your man because he misses your hint of something, you better just tell him straight what you want.

Men need to be appreciated and shown this

Do not ignore his attempts to contribute to your relationship, even if he “climbs” in cases that you consider to be purely feminine.
If he is washing clothes, cleaning the house, raising children and preparing to eat – do not forget to show that you appreciate his actions.

Otherwise, there may come a time when you already seemingly and not prevented his help, but he has already lost all desire to show such an initiative.

Maybe it’s not a secret for you. But still I want to tell you a couple of facts of entertaining statistics.
Most men under the age of 60 think about sex at least once a day. Although if we talk about 20-30-year-olds, we can name the average figure – 19 times a day.
As for women, about the same figures are present only in a quarter of women.

And that is not all. Men fantasize about sex twice as often as women, and their fantasies are much more diverse.
These points are desirable to consider when you are in a relationship with a man. Otherwise, the hour is not even when the one who will more often and more interestingly satisfy his natural needs will lead him.

There is a myth that for most men, sex is just sex.
But in fact for many, this is an important kind of interaction between two people who are not indifferent to each other.
Just like most women, men find sex more enjoyable within a long-term relationship. The reason is simple – the longer you

Of course, he may want impressions “on the side”. But this, most likely, will already be the result of ignoring the facts given in the previous paragraph.

He likes it when you take the initiative in sex

So it is accepted that usually the first steps towards sex are done by men. And many of them are seriously unhappy with this.
I understand, you like to be conquered, sought, etc. But your partner also sometimes wants to visit your place.
Therefore, if it is too unusual for you to take the initiative in this matter, at least learn to make hints that you want it now.

Men are not always ready to have sex

Despite the fact that men think a lot about sex, this does not mean that they are always inclined to do it.
Men, as well as women, are constantly exposed to stress due to accidents at work, in the family and simply in life.
And stress is a serious killer of libido.

Therefore, if the partner says to you: “Not today”, this does not mean that he lost interest in you.
It just means that at the moment there are conditions, because of which he does not want to have sex.
In the end, he may just not be in the mood.

He likes to make you happy

It’s very important for your man that you enjoy yourself. And the pleasure is diverse – sexual, moral and just physical comfort.
The problem with this is that he can not always guess what exactly you are missing. As I wrote above – we do not understand hints.
Therefore, if you want something and you know that he will be able to fulfill your desire (unrealistic dreams are better not to voice, so that his ego is not affected), just say so. And watch how his face shines while he breaks into a cake, just to satisfy you.

A man always worries about how good he is in bed

Most men are worried about how they cope with “masculine responsibilities.” And every year it manifests itself more and more.
Your man can also worry about how long your sex lasts, how many orgasms you got and how sexy his body looks sexually.

But an enlightened woman knows how to help her man cope with such manifestations of insecurity, learn to relax and not think about the level of his skill.

A man can seek alternative sources of happiness

If men do not feel love and recognition in a relationship, they can start looking for another place in which these needs will be met (even by replacing some of the joys with others).
Some can focus on work and stay up late.
Others are addicted to computer games.
Still others – with alcohol.

And the fourth and finally start a mistress or leave the family.
To nothing like this happened, do not give him an excuse to find other sources of pleasure, except for the relationship with you.

He makes his contribution to the relationship, if you set a good example

Most men understand that they can lose a lot if long-term relationships become boring – not only their partner, but the whole life that was created with him.

Therefore, if you show willingness to work on your relationships and constantly strengthen them, he will most likely do the same.