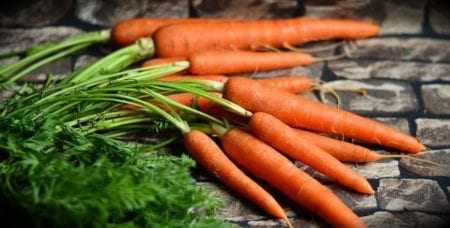 Our appearance, our functioning and behavior are inseparably connected with how we feed ourselves. The compound that is necessary for the proper functioning of the body is, among others, vitamin A. The purpose of this article is to bring its health-related character closer to the body.

This substance is found mainly in food of plant origin in the form of provitamin A, mainly -carotene. Its rich source are vegetables such as carrots, pumpkin, parsley, spinach, kale, broccoli and fruits (apricots, peaches). If you eat products containing -carotene, remember that vitamin A is fat-soluble, so it is important that the products are consumed with the addition of fats or products that contain it. Retinol and its derivatives are also found in animal products, such as offal, eggs, ripening cheese, butter, and some marine fish.

Where does it apply?

Vitamin A is used as a supplement to the daily diet. It increases the strength of bones and teeth. The previously mentioned retinol affects the skin, nails and hair, which is why it is very often found in numerous cosmetic preparations.

Action in the human body

The action of vitamin A is anti oxidative and regenerative. Its most important properties are:

For topical use of vitamin A, retinoic acid is used in the form of a cream or facial balsam at a concentration of 0.01 to 0.10%.

Disorders resulting from a deficiency of vitamin A include psoriasis, dry skin, worsening of eyesight (which may result in twilight blindness), alopecia areata, diarrhea, acne and deterioration of well-being. Symptoms of deficiency may also include infections and inhibition of growth and development of young organisms.